Colloid cyst is a rare benign tumor that is usually located in the rostral part of the third ventricle.

Colloid cyst is a rare benign tumor that is usually located in the rostral part of the third ventricle. The clinical findings of colloid cysts which is a congenital tumor of endodermal origin, are highly variable. In some patients they may be asymptomatic or rarely result in death due to acute hydrocephalus. They may present with different images radiologically, but the shape of the lesion and the location of the lesion can help to make a diagnosis. Surgical removal prevents fatal risks associated with cysts and eliminates the hydrocephalus that may be seen.

Colloid cysts constitute 0.5-1% of all brain tumors. Similarly, 15-20% of the intra-ventricular tumors are colloid cysts. The most common occurrence period is 20-40 years. They are rarely seen in childhood. In the Toronto Sick Children edils Hospital series, only 3 cases were reported in 1400 brain tumors between 1952-1992. The cases that occur in childhood are more aggressive and the prognosis is worse. Although familial cases have been reported, a proven genetic relationship has not yet been demonstrated. Colloid cysts are located in the anterior and upper part of the third ventricle. The cyst wall may be adjacent to the foramen Monro and sometimes to the telangiectyne or to the choroid plexus. Colloid cysts rarely occur in the back of the ventricle. In the literature, there are cases in the celiac region, the fourth ventricle, the frontoparietal region and the intracerebellar region.

Colloid cysts are monolayer epithelial cells on the surface and collagen connective tissue in the stroma structure. Monolayer epithelial cells are highly variable; It can be composed of only flat, cuboid or columnar type cells and mixed structure including all of them can be seen. It has been shown that there are 6 different types of epithelial cells in studies with electron microscopy. These epithelial cells make mucinous secretion and often lead to the formation of a gelatinous stroma. The cyst content is stained positive for PAS and may include necrotic leukocytes and cholesterol crystals. As a result of immunohistochemical studies, cytokeratin and epithelial membrane antigen (EMA) positive, glial fibrillary acid protein (GFAP), prealbumin and S-100 negative results are obtained. The current antigen profile shows that colloid cysts are not as neuroectodermal as previously thought. This epithelial antigen structure is similar to the epithelium of the respiratory tract epithelium, the enterogenic epithelium and the Rathke sac cyst and is endodermal origin.

Some of the patients are completely asymptomatic and can be diagnosed by MR which is incidentally taken. Cysts detected by radiological examination for various reasons are usually present in younger patients and there is no ventricular dilatation. Clinical symptoms occur in 2 separate types: 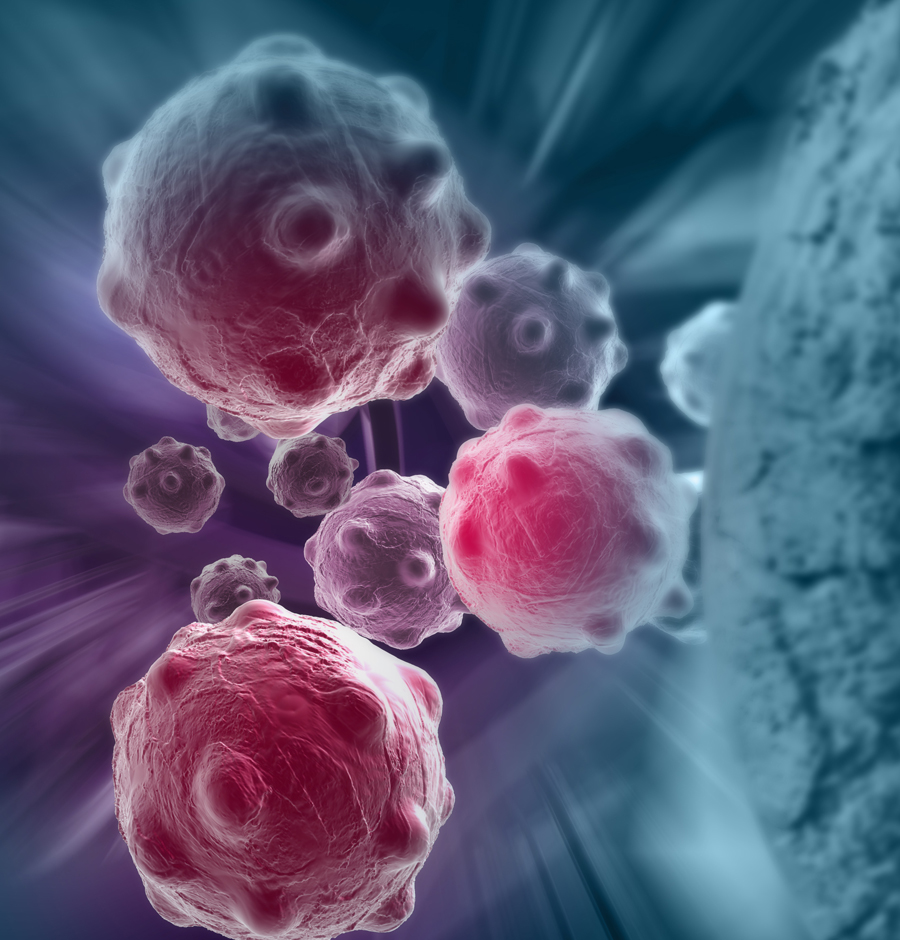 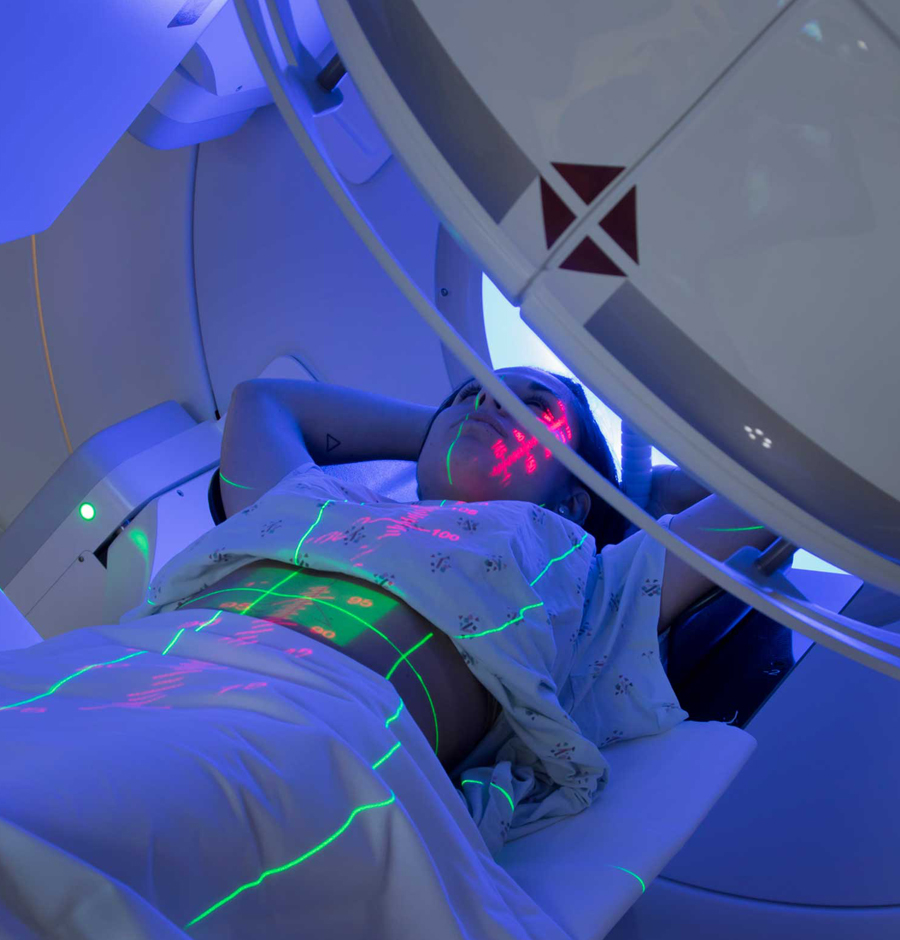 With the growth of the cyst, biventricular hydrocephalus develops with unilateral or bilateral foramen Monroe compression. In approximately 75% of patients, headache and nausea and vomiting due to increased intracranial pressure related to hydrocephalus are the first and most important complaints. Headache may be sudden and severe or intermittent. Head movements and the position of the body can cause or decrease pain. The description of these conditions can be made as ball valve, by the movement of the cyst with the position and by increasing or decreasing the obstruction in the foramen Monro level. Unlike other intracranial mass lesions, the pain is reduced by lying down. Accompanied by abdominal pain, tachycardia, hyperthermia and sweating related to autonomic system contagion. Some of these patients may present with drop attacks. Typically, sudden fall attacks with loss of strength in the lower extremities without loss of consciousness are known. Dementia, walking difficulty and memory impairment may occur due to increased intracranial pressure and enlarged ventricular structure. In addition, patients may present with seizures or psychiatric symptoms such as hallucinations and personality changes. Because of the susceptible structures in the region and neighborhood of the colloid cyst, the findings may be caused by direct mass effect and compression, sometimes not by hydrocephalus. Nearby thalamus, fornix, diencephalic centers and deeply located artery-vein pressures symptoms and findings may manifest themselves. Another important problem is the sudden death table. The reason for this important problem for a long time is explained as acute severe hydrocephalus, sudden rising intracranial pressure and tonsillar herniation due to complete obstruction of the foramen. In some patients, the mechanism of sudden death is completely different and can be explained by a table of alternative mechanism. The hypothalamic cardiovascular system control is affected by sudden decrease in cerebral perfusion or direct hypothalamus compression after sudden intracranial high pressure.Neurogenic cardiac dysfunction develops due to myocardial damage caused by neuroendocrine and autonomic system dysfunction and activation, and sudden death occurs after cardiac arrest.

Nowadays, colloid cyst is diagnosed by CT and MRI. On CT examination, the lesion is sharply limited, It seems as oval or round, usually hyperdense or isodense compared to brain tissue and rarely hypodense.They usually do not retain the contrast agent or exhibit slight contrast enhancement in the capsule tissue. The CT appearance differs according to the viscosity of the cyst content.

The lesion, which is seen in hyperdens, is generally solid sturcture and cannot be treated with aspiration.Colloid cysts with MRI vary in appearance. They are in common seen as hyper in T1 section and as hypointense lesion in T2 sections. Cysts that are hypointense on T2-weighted sections may be missed in the FLAIR examination. Colloid cysts that are isointense in the same way cannot be seen easily with MRI. In such cases, it is possible to get more healthy information with CT.

The treatment of colloid cysts incidentally found in asymptomatic individuals should be discussed. Since these cyst’s growth rates are not known and whether they are asymptomatic or no patients can be monitored closely by MRI control. If the expansion of the ventricles is already began,and the cyst is 1 cm or more, and if the patient is young, surgery is the best option to prevent the complications that may occur. Treatment in symptomatic cases involves removal of the cyst and correction of hydrocephalus. With craniotomy, transcortical or interhemispheric transcallosal approaches can be totally removed the cyst with it’s wall. In addition, endoscopic cyst excision is used as another surgical technique. Especially the stereotaxic cyst aspiration, which is frequently used in recent years, has ceased not to be a very popular method since it does not yield as accurate and successful results as other methods. The benefit of surgical intervention is limited to the diagnosis of tissue and opening the foramen Monro (8). It should be kept in mind that recurrence may occur in these patients and re-treatment is required. In addition, aspiration may be unsuccessful due to intense viscous material in the cyst. Another method is to perform ventricular drainage by simply inserting a shunt for hydrocephalus without any treatment for the cyst. The septum pelusidum is penetrated by a single catheter and both ventricles are drained or symmetrical drainage is achieved using two catheters. Long-term complications and revision rates are high.

Colloid cyst with craniotomy is the definitive treatment method.It is possible to remove the cystic wall together with cyst itself using the transcortical approach or interhemispheric approach in microsurgical methods. Transcortical path may be used in patients with marked hydrocephalus. Through a small incision in the frontal region leads to the foramen Monro through the lateral ventricle frontal horn. The cyst is evacuated first and then removed from the surrounding tissues. It is very important not to perform excessive retraction in the lateral ventricle. Capsula interna, fornix, thalamostriate vein and choroid plexus are the structures to be considered. The risk of seizures after surgery can be as high as 25%.

It constitutes 0.5-1.8 of all brain cysts. Incidence is common in Japanese.It does not show gender dominance and is common in 30-50 years of age.Spread throughout the cisterns are usually located laterally, It can be located in cranial or spinal intradiploic distance.It consists of a stratifying squamous capsule and desquamate epidermal cellular debris. Aseptic meningitis findings may occur. It can be easily diagnosed by CT and MR. It differs from Arachnoid cyst by diffusion limitation.

Dermoid cyst (tumor) is more rare than epidermoid tumor and it constitutes 0.3% of all intracranial tumors. Because they grow faster, they give earlier findings. Unlike epidermoid tumors, there are tendency to settle in the middle line. Dermis elements, such as hair and sebaceous glands, may be contained within the capsule. The dermal sinus tract may be present in the posterior fossa and may lead to bacterial meningitis. Its treatment is surgical and resistant to radiotherapy, such as epidermoid tumors.